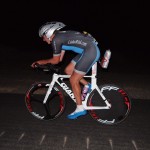 Ben competed in the 24hour TT world championships held in Indio, California. He finished in 4th place with a total of 447 miles. 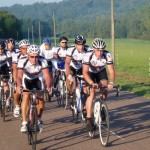 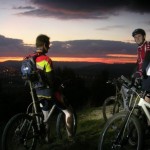 Original Source 24 Hour Mountain Mayhem, 2011
Ben competed in the 24 hour Mountain Mayhem race on June 18th. Mountain Biking was not something Ben was familiar with, in fact this was his first serious MTB event, so it was no surprise that after turning up without a bike or shoes, Ben repeatedly bounced, ran and tumbled his way around the 11mile course. It was quite an introduction! 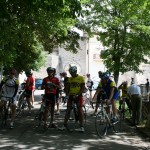 Cars 2 Tour: Disney European Ride.
This wonderful four day tour had the most spectacular scenic route that climbed mountain after mountain, descended through beautiful valleys teeming with flowers and past all the best restaurants! Basking under Italian skies, many riders set personal records and Ben was delighted, and honoured, to have been invited to give a talk to all involved. 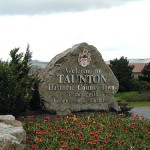 Taunton to Tipperary (It’s a long way)
Ben is looking for team members to join him on this 5 day tour from Taunton, Somerset, to Tipperary, Southern Ireland. Along with his RockettRides Irish counterpart, the tour will take in rural routes passing through the spectacular scenery that Southern Wales has to offer. Crossing at Fishguard to Rosslare, the tour will wind its way through the greenery of South East Ireland. 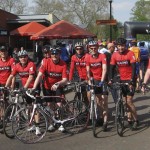 Amstel Gold Sportive – Maastrict, 2011
Ben cycled the 250km route of the Amstel Gold Sportive in Maastrict, for his first international ride as part of the BSRCC. This was also Ben’s first ride following his LEJOGLE record. Under the watchful eye of DS David Badger, the Blazing Saddles Riders all achieved personal records in the rolling hills of the Netherlands. 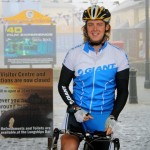 Land’s End-John o’Groats-Land’s End, 2010 – RECORD
It was August 21st, 2010 when Ben set out from Land’s End. His final destination was also Land’s End, but first he had to go via John o’Groats. In pursuit of the double end-to-end record, Ben set himself the gruelling challenge of returning in under six days. With the decade old previous record at six days and 20 hours, Ben was setting his sights rather high. After many highs and lows and tremendous efforts from the support team to keep him moving, Ben returned to Land’s End after 5 days, 21 hours and 8 minutes, setting a new record. 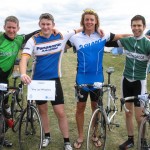 Ride24, 2010
Dunsfold Race Circuit, better known as the Top Gear test track, was the destination for this 24 hour endurance race in June of 2010. Along with the two youngest of the Solon brothers from Ireland, and Ian Cade of VC Walcot, Ben competed over the 24 hours, completing 536 miles, rolling over the line in third place. 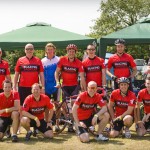 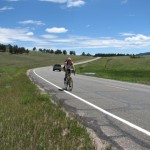 TransAmerica: Yorktown-San Francisco, 2008
After completing his first degree in 2008, Ben set off to Yorktown in Virginia, East coast USA. Along with two close friends, he embarked on a 4000 mile journey through the centre of the USA, arriving at the Golden Gate Bridge in San Franciso, California. This marked the first continental crossing of Ben’s cycling history. 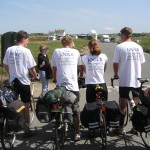