Mental Toughness – when things get hard. 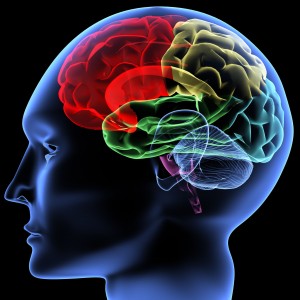 A critical element to top performance is the ability to keep focused when it really matters. Indeed, there are many cases where the most physically capable athlete doesn’t end up victorious because of a glitch in their mental preparation and resilience to pressure. During the course of this post I am going to consider what we mean by ‘Mental Toughness’ and why it is now considered critical to top level performance.

It is now commonplace for top teams / performers to employ at least one person to help ‘train’ their minds alongside the coaches who help train their bodies and physical skills. In fact, the ‘psychological edge’ has been increasingly accepted as a cutting-edge factor that can lift performances from good to great. Elite performers can be matched very similarly on physical ability, yet the winner is most often the person with the greatest mental reserve. The mind can really be the difference between winning and losing.

Crust believes that a mentally tough athlete may be described as someone who:

There are many elements of Crusts beliefs upon which we might agree when considering someone who is ‘mentally tough’. After all, it’s when an athlete fails to demonstrate one of these abilities that we might hear spectators, commentators or coaches fluttering the suggestion that a certain performer needs to work on their mental strength. I am particularly interested in individual differences and how ‘Mental Toughness’ takes shape over the course of ultra-endurance events, such as the type of cycling that I have been competing in over the past few years. I am interested in how each competitor experiences the pain and discomfort of an ultra-distance ride, or even whether they consider it in the same way at all. Why do some people choose to quit, what goes through the mind of a rider who withdraws with just 2 hours to go, and what happens to those people (everyone??) who has to contend with the undulating emotions of perceived ability throughout the race?

The ability to cope with aches, pains and worries during a 24hour+ race is a major challenge for ultra-distance riders. Some people laugh their way through the event, others sink into a safe place, seemingly absent from the world around them. Others spend their time fluctuating between a variety of methods, but all of them are ways of coping with the challenges the riders are contending with. Yet although they are being tested in a very atypical way to the norm of most peoples’ lives, coping measures are something we all employ every day. We have to cope with stresses and demands placed upon us – sometimes by external forces, e.g. bosses, or perhaps those which we place on ourselves, e.g. personal targets. Either way, our ability to cope with those situations is essential to the outcome of that demand, and it has intrigued researchers for a long time, many of whom have considered the identified differences in coping strategies a result of personality variables.

I am sure you are familiar with the terms ‘state’ and ‘trait’ and as with many things, it is possible to experience extreme mental toughness in both forms. For those who are considered to be top performers, it is generally accepted (and likely expected) that they will exhibit mental toughness on a consistent basis. Well let’s take this idea away from sport and consider it within business.

In doing so, I borrow this directly from Crust’s article where he cites Suzanne Kobasa’s research on business executives. She coined the term ‘hardiness’ and suggests the essence of this is perceiving stressors as challenges rather than threats. Crust analyses it for me: “Kobasa suggested that hardiness incorporates three key elements:

And I think this is directly comparable to sporting performance. Mental Toughness is the ability to experience these ‘C’s'; it keeps people performing to a high level rather than succumbing to the difficulties and giving up.

Now I’ll briefly mention some of the battles I have when I am performing over a long period of time, particularly against the clock / milecount or against other riders. I experience a dual in my head, on one side, the part of me that adheres to these components of hardiness whilst on the other side, a very convincing and creative part of me that urges me to give in. For now, let’s call that defeatist side of me X. Well the more I adhere to the C’s model (which was soon after extended to include ‘Confidence’) the louder X shouts at me. And the more creative X becomes. X wishes for my chain to snap or for my wheel to break. Ideally X would like me to fall off the bike and break something so that I couldn’t continue with the race. Not so serious that it would hurt for long after, but serious enough that I couldn’t carry on. X also does funny things like attempt to convince me that it’s ok to stop for a short while, in fact that a stop might be beneficial. It becomes very persuasive and in doing so makes me doubt that I can continue without obeying that which it suggests.

But then the other part of me remains there. Quietly confident and listening to the thoughts that X has to offer.  Slowly, slowly the other part of me is able to dispel all the ideas that X puts forward. You see, X is particularly powerful in the first half of a race and it’s a difficult situation to face when you know you have to give it (almost) everything you’ve got. It’s a tough demand and it makes you feel tired and heavy even before you’ve reached the half way point.  It’s alarming! “How on Earth can I do this again in the second half if it’s already hurting me? And by then I’ll be even more tired! I doubt anybody else is hurting this much already”. X is putting forward a very convincing case…

Well I call this the half-way humdinger. Immediately upon reaching the half way mark, the task ahead seems much easier because for the first time since starting the race / event / challenge, that which remains ahead is less than that which has already been done. And the best bit about being halfway, the more you keep going, the more you’ve done and the less there is to do. At this time X reaches a critical point. X either has a final jabbing issue that puts an end to the event or X becomes destabilised and its voice grows weaker and weaker until eventually it’s just a faint whisper that sits at the back of the mind and is much more easily ignored. Then the distractions end and performance starts to become much more relaxed. This is my experience anyway and understanding what is going on helps me maintain confidence and performance in the early stages when X’s voice is particularly loud.

Mental Toughness, according to research seems to be something we either have, or it’s something we can work on to make better. Some attribute ‘hardiness’ to the course of events we experience as children and the more stress we experience as kids, the less we are affected by stress as adults. It is believed that exposure to stressors early in life causes us to develop adaptive strategies that prevent us from reacting so emotionally to stress and thus our coping strategy enables us to more readily return to a state of composure and focus, and thus able to endure stressors over a longer period of time. Perhaps this is something that could be (or already has been) looked at within top performers.

But mentally tough people seem to posses strong ‘staying power’ that enables them to put up with the demands of a seemingly difficult task, and not only put up with it, but perform to a high standard regardless. They possess a sense of Control, Challenge perception, Commitment to achievement and a stable sense of Confidence that keeps them focused on their route to success.

1. Self-Belief:
• Having an unshakable belief in your ability to achieve competition goals
• Unique qualities that make you better than your opponents.

2. Motivation:
• Having an insatiable desire and internalized motivation to succeed (you’ve really got to want it)
• Ability to bounce back from performance setbacks with increased determination to succeed.

3. Focus:
• Remain fully focused on the task at hand in the face of competition-specific distractions
• Able to switch focus on and off as required
• Not being adversely affected by others’ performance or your own internal distractions (worry, negative mind chatter)

4. Composure/Handling Pressure:
• Able to regain psychological control following unexpected events or distractions
• Thriving on the pressure of competition (embracing pressure, stepping into the moment)
• Accept that anxiety is inevitable in competition and know you can cope with it.

1. Starts with the right attitude and state of mind (know what your core confidence is all about):
• Confidence comes in knowing your are prepared and having an unshakable belief in your abilities to reach intended goals
• Jerry Lynch (2002): “Confidence is about who puts it on the line, who has the courage to compete without fear of failure”.
• Courage to leave it all out there, to do the task with determination and full focus

2. Program your mind for success ahead of time with positive affirmations and expectations

• Expect the best from yourself; affirm what it is you are going to do to be successful
• Confident goal oriented statements starting with “I will, I can, I am going to…”)
• Focus on those things you want to occur, rather than things you’re afraid might go wrong
• Script Success: Visualize yourself performing the way you want (confident, energized, full focus)

3. Routinize Your Behaviors: Develop a systematic pre-performance routine that clicks on desired mental- emotional state of mind.
• Practice
• Pre-game competition – develop a systematic routine for engineering the environment and getting yourself ready
• During Performance

4. Poise and Composure: learn how to let go of mistakes quickly if things do not go the way you want
• Key part of mental training is about compensating, adjusting, and trusting
• If plan A does not work, go to plan B or C
• Use of “Focal Points” are effective to help focus attention back onto task at hand
• Be persistent and mentally tough, don’t allow frustration to undermine your confidence/focus

5. Take control of Negative Self-Talk: Reframe “stinking thinking” into positive task oriented suggestions
• Starts with awareness of situations that cause you to get frustrated, rushed, intimidated, lose focus – then reframe the negativity into positive, mentally tough self-suggestions:

6. Look at failure as a stepping stone for future achievement: Champions approach to overcoming adversity: ‘Play to win’ as opposed to ‘Fear making mistakes’.
• Focus on the process of competing well, winning will take care of itself

7. Be a difference maker, step up and have a peak performance when it matters the most.